Similar to Modern Warfare the previous episode, CALL OF DUTY: BLACK OPS COLD WAR will be tracked by developers who will regularly add new content over the seasons that follow.

The content of the first season of Black Ops Cold War has just been unveiled and promises to be rich.

Activision has unveiled the roadmap for Season 1 of  Call of Duty: Black Ops Cold War,  which is scheduled to launch on December 10, less than a month after the title’s release.

Although the latter does not seem exhaustive, a list of new features for this first season accompanies this announcement.

As we can see above, this “ the biggest year of Black Ops begins  ” and promises to be very rich in content within particular the arrival of Nuketown ’84, a new version of the cult map of the Black series. Ops.

Although we have very little information on this subject, new Zombies modes will also appear, but also the 2 against 2 modes which will be back in this opus.

This will all be sprinkled with “ epic free content  ” and added to “ new maps, modes, weapons, secrets and more.“. Without further details on the nature, among other things, of the new weapons.

We can assume that this will be the case for the Groza and the Striker (held by Adler, on the left), which can be seen in the photo, but this only remains at the hypothesis stage.

Finally, there is the famous mention of “ Classified Warzone Experience ” which remains mysteriously vague.

Will this be a temporary event or is this their term to announce the unification of  Modern Warfare and  Warzone with  Black Ops Cold War?

Fortunately, it won’t be too long after the title’s release to clear up any gray areas in this announcement and enjoy all of this content.

As a reminder,  Call of Duty: Black Ops Cold War is scheduled for November 13 on PS4, PS5, Xbox One, Xbox Series X / S, and PC, while its first season will be launched on December 10. 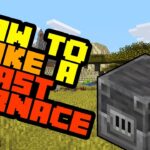