Since its release on August 4, 2020, Fall Guys has continued to attract new players, so much so that the bar of ten million copies sold, only on Steam, was crossed in September, as the report in the last financial report from Unity.

Even though they were only released on November 12, these figures stop at September 30, which implies that Fall Guys has sold well over 10 million copies.

Indeed, despite a drop in players since August, from an average of 67,000 players connected simultaneously to 16,000, seven million copies had found buyers in August., which means that three million copies were sold during September.

As a result, at the time of writing,  Fall Guy’s sales must be a little higher.

Moreover, the mid-season update deployed a few days ago, has given renewed interest to the battle royale, with on average more than 2,000 simultaneous users more since its publication.

While it’s still hard to maintain a strong community for the long haul, Mediatonic has announced that the coming seasons should be even bigger in terms of content. A port on Switch and Xbox One could also allow many players to embark on the Fall Guys experience.

As a reminder, the title is available on Steam and PlayStation 4.

If you would like to learn more about Fall Guys or join an active community to share good times with other players, we invite you to check more of our Fall Guys Guides. 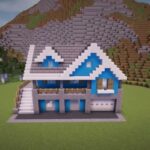