If you’re on the lookout for the latest Toy Empire Tycoon codes, which you can redeem in exchange for free money, gifts, VIP, and other in-game rewards? Then, you’ve come to the right place! Toy Empire Tycoon is a super fun and engaging Roblox game made by Rep Rep Studios; the game was recently released on August 2022 and had been trending ever since.

In Toy Empire Tycoon, you participate in an exciting and unique Roblox experience. Your role is to build your empire by making toys of various kinds. As you grow your production facility, you can make more expensive toys and, as a result, up your revenue!

The game is entirely free; however, there are some in-game perks that, when unlocked, can give you a massive advantage in the game and help you grow your production.

So, today on JoinGames, being fans of the game ourselves! We thought it’s only fair to share with you the latest active Toy Empire Tycoon codes.

So, read on, and you’ll learn how to get and redeem them in exchange for free Money, VIP passes, Gifts, and other in-game stuff.

What are Toy Empire Tycoon Codes?

Toy Empire Tycoon codes are a combination of random words and numbers offered by the game’s developers to help players collect free in-game resources and items that help them advance quickly.

This is to attract more players to the game, reward the loyal existing player base, and make the game more fun and attractive to play.

They are super simple and quick to redeem in-game; although they are sometimes hard to find, they are definitively worth it.

Using these Toy Empire Tycoon codes allows you to obtain free Money, VIPs instantly, and boosted sell values so you can shine straight up from the start.

How Do I Use Codes In Toy Empire Tycoon?

It’s pretty simple to use our Toy Empire Tycoon codes; follow the step we listed below, and you’ll be good to go.

Below you’ll find a complete list of all Toy Empire Tycoon codes that are active and available to redeem to get a bunch of exclusive and fun in-game rewards.

Here are all the currently active Toy Empire Tycoon codes:

The following is a list of all expired codes and the rewards they were previously redeemed for. Any codes listed above will automatically be relocated to this section as soon as they expire:

What Is Toy Empire Tycoon?

Launched recently on August 2022, Toy Empire Tycoon is a super-fun and engaging Roblox game that took the Roblox scene by storm and became very popular and successful.

The game recently hit the 400k+ members mark and is celebrating it by releasing many new and exciting promo codes.

How Do I Play Toy Empire Tycoon?

How & Where can I get more Toy Empire Tycoon codes?

This way, you’ll be the first to receive the latest news and game updates and even be able to catch up and engage with other fans and players of the game.

As with all Roblox game codes, Toy Empire Tycoon codes for Roblox can only be utilized for a limited time, so the sooner you use them, the better.

Also, note that the codes listed above are case-sensitive. Therefore, you should input them exactly as shown above, including any additional characters or upper and lower case letters.

There you have it, our list of all the available Roblox Toy Empire Tycoon codes for this month so far. So hurry up! Redeem them and enjoy your free rewards; you can share them with your friends to enjoy the game together.

If any of the codes in this list stop working, please do not hesitate to let us know immediately via the comments section below, as this is how we can ensure that our list of codes is active and up-to-date.

Also, If you find new codes we missed on our list, please feel free to share them in the comments section below.

Before you leave, we invite you to subscribe to our weekly newsletter, bookmark this page so you can drop by another time, and collect some newly released promo codes. 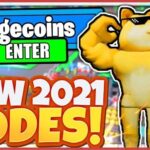